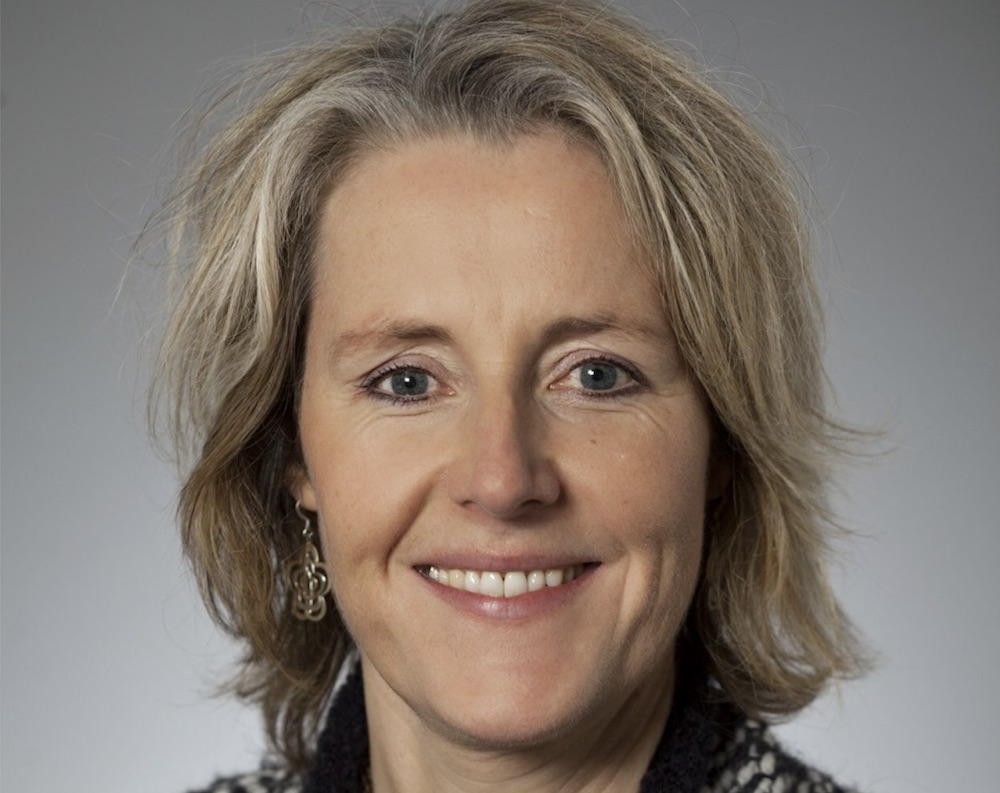 Posted at 09:07h in Interviews, News by Pernille Tranberg 0 Comments

Vera Timmermans is head of the Pathology Department at Rigshospitalet. She hopes to make an Age Clock to find out if doctors should treat a disease e.g. skin cancer differently in a 20-year old compared to a 60-year old. She also made sure to set a precedence in stating that science on digital images of human tissue still requires ethical approval.

On the fourth floor in one of the many buildings of Denmark’s largest hospital, Rigshospitalet, the staff is analyzing pieces of human tissue. Bones, liver, kidney, heart, uterus and other tissue are carefully sliced by biomedical laboratory technicians. These four micrometer thin slices of human tissue from both living and dead persons are analyzed using microscopy for diagnostics and treatment or for research. The Danish National Pathology Registry is a nationwide digital archive of analyses of biological samples and diagnostic information on five million unique individuals in Denmark.

Medical doctor and pathologist Vera Timmermans, head of the Pathology Department at Rigshospitalet, says that we already know a lot about the human tissue;

“We know that under the microscope, older skin looks different than younger skin and how the sun affects the skin. We know what changes in the prostate tissue can explain why an older man cannot get rid of his urine and what changes occur after a heart attack in the muscle tissue of the heart,” she says. “We know that there are many types of breast cancer, now that we are able to define the genetic profile and combine it with the microscopic changes of each cancer type and we have found out that all types require a different treatment.”

“100 years ago, we typically got tissue from the deceased to look for an explanation for what had happened with the patient, and maybe found an infection or a tumor. Today, we get tissue samples at an earlier and earlier stage of the disease, so we can study the tissue for treatment purposes– and not only retrospectively. So our diagnoses are also now predictive and prospective and form the fundament for personalized treatment, aiming for the optimal treatment for each individual person.”

Age Clock
The human tissue has not yet been used in ageing research to address the question of how do we age better and healthier but that will change now, as the Pathology Department is part of CHALLENGE platform. And the science project has a potential to totally change our understanding of ageing.

Vera Timmermans: “We will look at tissue from skin, brain, heart and liver, and look at cases of 10-year-olds, 20-year-olds all the way up to 80 or 90-year-olds. We will instruct the computer, to select them by age without upfront informing the computer about the calendar age of the tissue, but just by age-related changes. That way we can make an Age Clock. We will ask the computer to find changes in a 30-year-old that are not present in a 10-year-old and in a 60-year-old vs a 30-year-old and so forth, and expect to find age-related biological changes that have not been described yet.”

“We can only fantasise of what we can learn from the biological age (the age of your organs and body) and not just the calendar age (your birthday). It might be relevant to treat patients differently according to their biological age. Skin cancer, for example, is on the rise among young people, and it can be aggressive. I would like to know if we should treat it differently, in a 20-year old compared to the same disease in a 60-year old. Another example is organ transplantations; there are ‘calendar’ age limits to the transplantation of organs, but we don’t know if the ‘biological’ age defined by unknown, age-related changes in the organs could be a much more relevant limit for transplantation.”

Vera Timmermans, who has a Dutch origin, does not know her own biological age, but her calendar age is 51. To prepare herself to age healthier, she does not lie in the sun and has not done so for 20 years. She has a dog. She does not have a car. She does not eat meat. And she tries to take the stairs instead of the elevator.

Human Tissue is Data
The new era of human tissue is digitalization of the tissue images, transcribing the microscopic pictures into data. Therefore, CHALLENGE recently applied for – and received approval by the region’s Ethical Scientific Committee to analyse the digitized images of the diagnostic slides of human tissue. All images are anonymised, and only by access to the pathology register can the individual patients be identified.

“The Ethical Scientific Committee approval was until now only required for using human tissue for scientific purposes, but for us a digitized version of the tissue should also be considered biological. We could have decided not to ask for permission, but we wanted to set a precedence in stating that digital images of human tissue are data and thus a digital ‘version’ of the tissue. We wanted the ethical approval stating that analysis of these images is comparable to studying ’analogue’ human tissue,” says Vera Timmermans.

The tissue is owned by the patient only, and when a patient dies, the tissue is nobody’s and stored in the local pathology archive where it can only be used for science purposes with an ethic approval.

“If a person wishes to have their own tissue destroyed, we will do so. Or if he or she wants the tissue from our archives retrieved for a second opinion or for treatment abroad, we will off course return it to the patient. But we also recommend bringing it back, as we keep it organised and stored in a secure way for possible future purposes.”

The tissue is stored in the pathology archive at Rigshospitalet, of which the older parts of the archive are moved to a remote storage firm, as there is so much of it. The tissue, which is gathered or sampled from patients for biopsies or by operation, is made invulnerable for decay by fixation in formalin. It is kept embedded in three-dimensional blocks of 1x1x0,5 cm of paraffin. There have been no cases of abuse of the tissue that we know of. And note that tissue for criminal and legal purposes (which is not used in CHALLENGE) is stored at ‘forensic pathology’.

By digitalizing tissue, it thus does become more sensitive – see below ‘Good and Bad Sides of Making Humman Tissue Data’.

“You cannot make a genetic profile of just an image. And from the images themselves there is no way of identifying the people behind them, only if one has access to the pathology register” says Vera Timmermans.

It is the Danish Patient Safety Authority that registers and authorises the use of the Danish National Pathology Register, and there is a record for every time someone logs in and looks at a patient report.

With CHALLENGE the tissue data will be enriched with data from Statistics Denmark and that will give the scientists a broader view of the ageing process including more popular scientific results, for example how our actual behaviour affects our ageing such as walking a dog, biking, or staying away from the sun and eating meat.

According to the Scottish Professor Allan Gaw, it is best to view human tissue as equivalent to sensitive personal data. It has benefits and disadvantages:

“If we regard tissue as data in the first place, then the full force of data protection legislation applies and the unwarranted use, storage, sharing and exploitation of the tissue would be prevented. The principles of data protection are designed in fact to protect people by placing significant responsibilities on those who collect and store data, while conferring rights on those who are the subjects of the data. If it is all about preventing unwanted information trafficking, then control of that information is of paramount importance and data protection principles are, in practice, more about control than ownership. However, it would also mean that tissue, when viewed as data, would become a commodity to be owned and traded, potentially for financial gain. Currently, tissue has value but no price; data has both. If tissue is data in a different format then it too is subject to a rethink. In some countries, such as Germany, they have formally ruled that tissue is not data, but in other countries they are not so sure and anyone working with human tissue samples should be aware of where these arguments are going and the impact future rulings might have on our practice.”