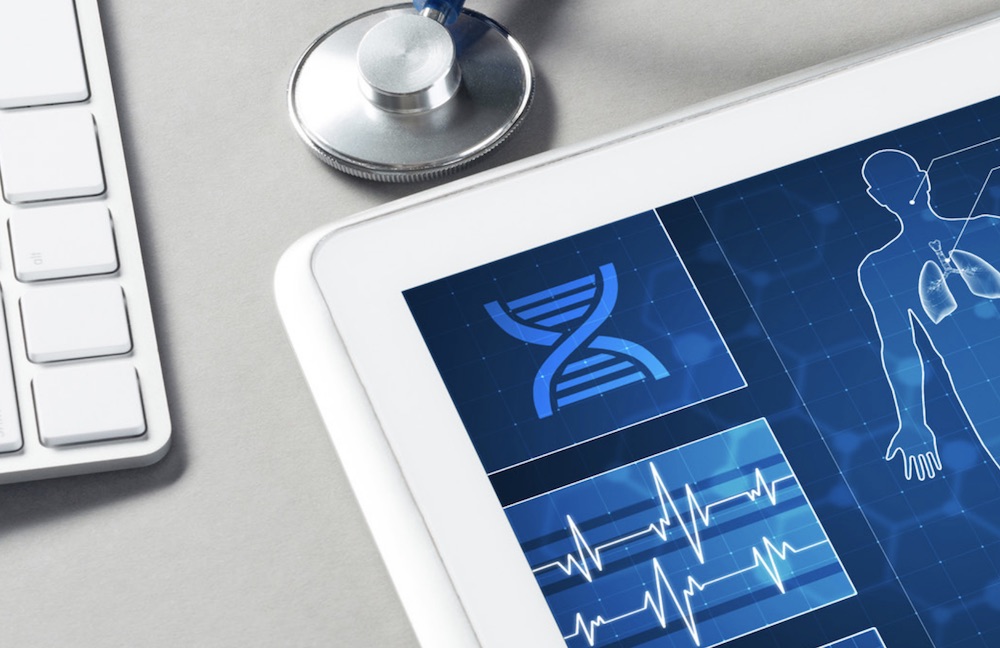 Posted at 16:29h in Blog, News by Pernille Tranberg 0 Comments

Today, health data is often scattered in silos or caught in proprietary platforms. There’s a lack of interoperability, cooperation and common understanding when it comes to health data to the disadvantage of patients. At the same time the costs of healthcare is increasing. This is the premise of a report, The report Shaping the health data future – the DayOne Scenarios (2021), where a group of 50 experts have contributed to creating a response to these challenges and to build a future health data ecosystem that serves both citizens’ needs and the need for innovation in healthcare.

The experts in the report, published by the Swiss ‘Basel Area Business & Innovation’, are pointing to various possible scenarios:

Scenario 1:  Government drives innovation (if at all) in a flat market.
Governmental authorities remain strong or take over. Neither technical disruptions nor changed consumer behavior are driving the market, which is flattening out and investors pulling out. Nothing disruptive happens. Investments are primarily made by the public sector. Regulation overall remains rather weak thus perpetuating the status quo (1a), will increasingly follow national interests (1b), or possibly take on an increasingly global perspective where data is viewed as a public good (1c).

Technological development has a disruptive effect. The citizen seeks to play an active role. Rising public interest leads governments to intervene strongly in the market through regulation. Either with the aim to set global standards facilitating the creation of new and open innovative structures (3a), or to avoid monopolies and facilitate access for new players creating an open market (3b). If regulation remains weak we will still witness a highly cooperative environment in which incumbents and new players will have to follow an ecosystem approach in order to succeed (3c).

Scenario 2: Consumer behavior drives innovation creating a buyer market.
Technical development has only an incremental effect. Innovation is primarily process-oriented. In return, consumer behavior is changing, with patients and citizens seeking an active role. Rising public interest leads governments to intervene strongly in the market through regulation. Either citizens generally trust their existing providers (2a) or they are open to new players (2b) providing integrated healthcare services.

Technological development has a disruptive effect. There is no change in consumer behavior. Digitization is largely left to market forces, governments hardly intervene with new regulations. Big tech or health tech providers will gain the trust of the citizen offering a new breed of health services (4a) or they will continue to boost innovation in the background, as technology providers for the incumbent organizations, which though will become increasingly dependent on them (4b).

Which scnario(s) we end up in, depends on following:

(1) Are citizens able to execute on the ownership of their health data?
(2) Is the health data infrastructure proprietary and closed or open?
(3) How trustworthy is the health data?
(4) Is there a strong incentive to monetize on health data as an asset?
(5) Who will be able to access health data, a broad range of actors or only closed user groups?
(6) Are there standards in place that will facilitate the interoperability of health data?

As the report states none the scenarios will occur exactly as described. Rather, they are thinking tools, and we can also influence the direction we want to go in.

Various companies who sponsored the report, gives their input on what to do. Swiss-based Novartis points to Finland as a role model:

“Finland, for example, has a very well-developed health data ecosystem. Via a central data platform implemented by the public sector, all relevant stakeholders have access to electronic disease registers, e-prescriptions and electronic laboratory and imaging data. High compatibility of its databases allows for centralized data collection and analysis. To protect data privacy, health outcome and cost data are recorded anonymously. Decentralized data storage adds another layer of security. While the Swiss system is more fragmented than Finland’s, a certain level of centralization seems compelling here too, requiring broad commitment from a range of stakeholders.”

Deloitte states that: “Healthcare is itself shifting from reactive to proactive and predictive – no longer is there a “one size fits all” approach but rather a personalized and uniquely tailored approach for each of us.” And then underlines; “The future of healthcare data will focus on organizations acting as ‘data custodians’ rather than ‘data owners’ for the patients/ consumers. The ultimate ownership of the data and its usage will rest with the patient. The sharing of the data will be driven by the value provided to the user by the provider.”

Get the full report

Sorry, the comment form is closed at this time.