‘SMART ALDRING’ / ‘SMART AGEING’ is an interactive, engaging public dialogue launched by the CHALLENGE platform, a six-year research project titled “Harnessing the Power of Big Data to Address the Societal Challenge of Ageing”. This summary is for the first ‘SMART ALDRING’ in 2019 and it is planned to organize similar annual events until 2024.

The aim of the event was to introduce the research project to the broader audience and increase awareness on how scientists use person sensitive data to study ageing so that we can live healthier for longer. It was organized by University of Copenhagen in collaboration with Statistics Denmark and Rigshospitalet, with Videnskab.dk as media partner. Target audience was Danes age 40+ years old, with registration fee of DKK 70. The event took place at The Hall, Danish Architecture Center, BLOX on 25 April 2019 at 15:00 – 17:30.

See highlights from the public event:

Pernille Tranberg, an independent data ethics advisor, opened with a general introduction of the research project and moderated the event throughout. The first keynote was on ‘The Ageing Revolution’, including a deeper explanation of the research project from Rudi Westendorp, principal investigator of the project and professor of medicine in old age from Center for Healthy Aging and Department of Public Health, University of Copenhagen. Thereafter Vera Timmermans, head of Department of Pathology at Rigshospitalet, and Niels Ploug, director of Social Statistics at Statistics Denmark, explained how their respective institutions handled human tissues and data for research and to ensure privacy. The audience were confronted with several ethical dilemmas, and their votes were casted by raising green or red (agree or disagree) voting cards, followed with interactive discussions to further emphasize the take home message. 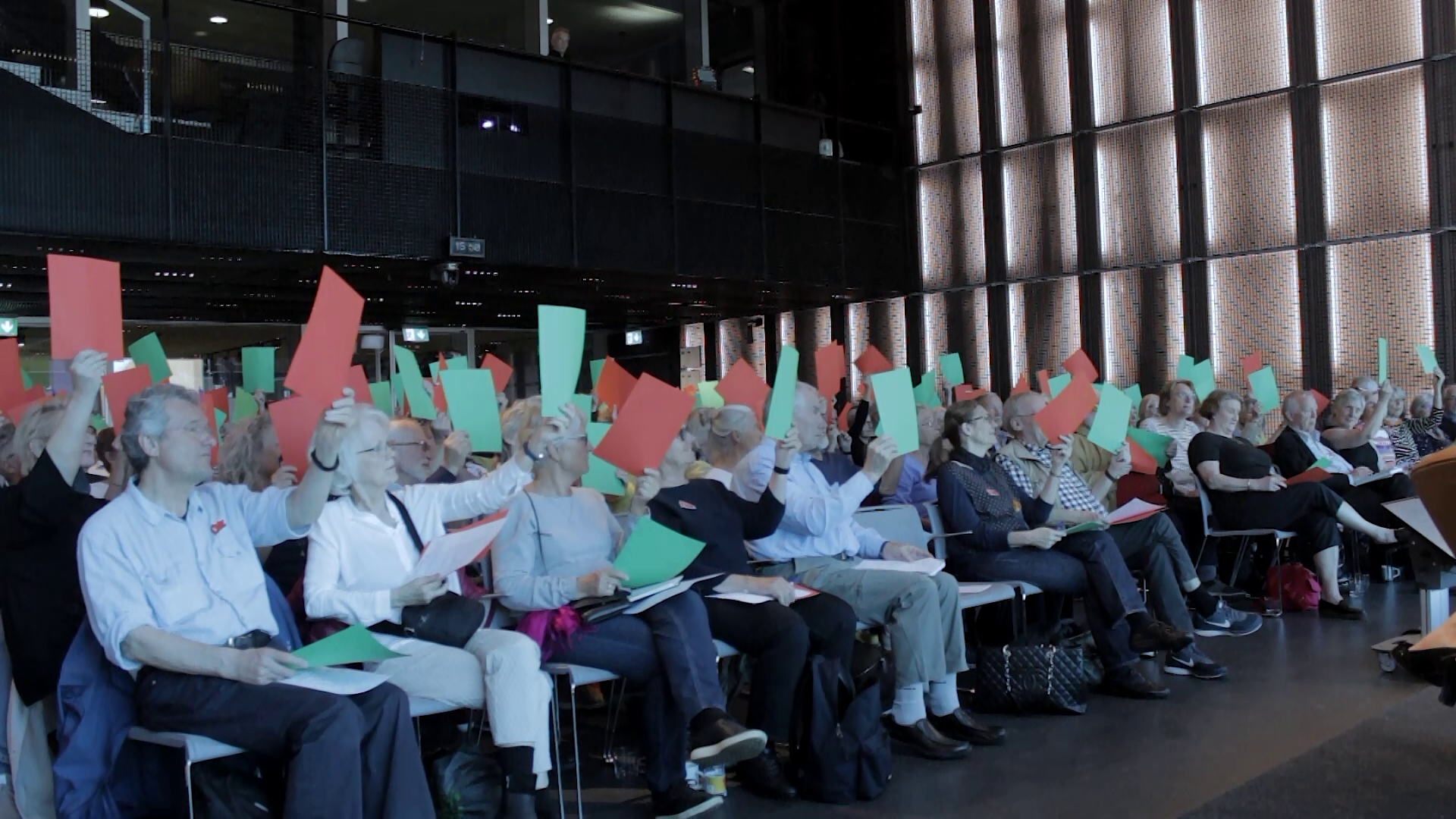 At the end of the event, we surveyed the participants on how secure do they feel about scientists using their data for research, now that they have gained information from the event. The figure below shows that 50% participants felt the same level of security as before the event, 48.1% felt more secure, and 1.9% felt more worried after hearing how scientists use data to study ageing. This means that the event generated positive impact in an effort to increase awareness on using personal data to perform careful scientific explorations for the good of everyone. 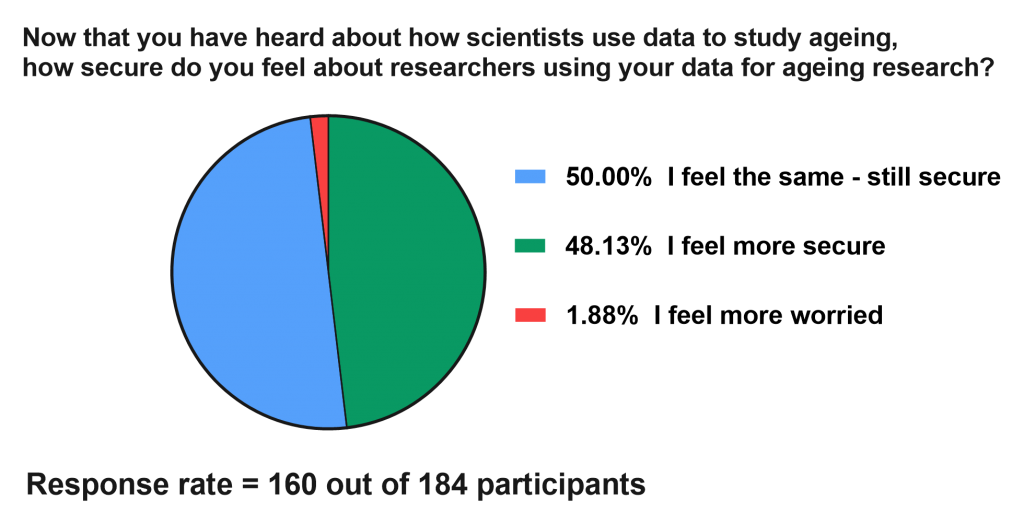 There was a break session where the audience freely visited the booths: pathology exhibition from Rigshospitalet, Ageing Game ‘Livet på spil’ from the Medical Museion, Q&A with the experts, share their own tips to healthy ageing video recorded by Videnskab.dk, and healthy snacks and juice. After the break, the renowned 80-year old actress Susse Wold shared her insights on growing older followed by a Q&A session. Those who shared their healthy ageing tips received a signed copy of Susse Wold’s new book ‘Bevægelse’ and everyone received a goodie-bag consisting of Rudi Westendorp’s book titled ‘Kunsten at Blive Ældre’ and a poster titled ‘A Guide for Growing Older: Let your environment do the work’.

The event went smoothly with participants actively engaging in the discussions. It was full house, with 184 paying participants plus around 40 researchers from the CHALLENGE platform. Representatives from funder Novo Nordisk Fonden and other stakeholders were also present, with media Version2 and Ældresagen covered the event, while Videnskab.dk video recorded the event for dissemination purposes.

Based on electronic questionnaires sent the day after, the majority of participants (over 75%) were very satisfied and satisfied with different parts of the event.

While the combination of contributions were very much appreciated, several participants would like to have deeper explanations and more interactive discussions on the science of ageing and how to live healthier for longer. Various topics (longevity, quality of life, nutrition and exercise, cognitive training, etc.) were suggested. When asked about their interest in a similar event next year, 70.2% responded definitely yes, with 24.5% responded maybe, and 5.3% answered no.

This first public event provided a 360-degree interaction with the lay public on the goals of the CHALLENGE platform. The outcome of the popular vote provides the platform with an informed consent to move forwards. The enthusiasm is sufficient ground to repeat this event on an annual basis.